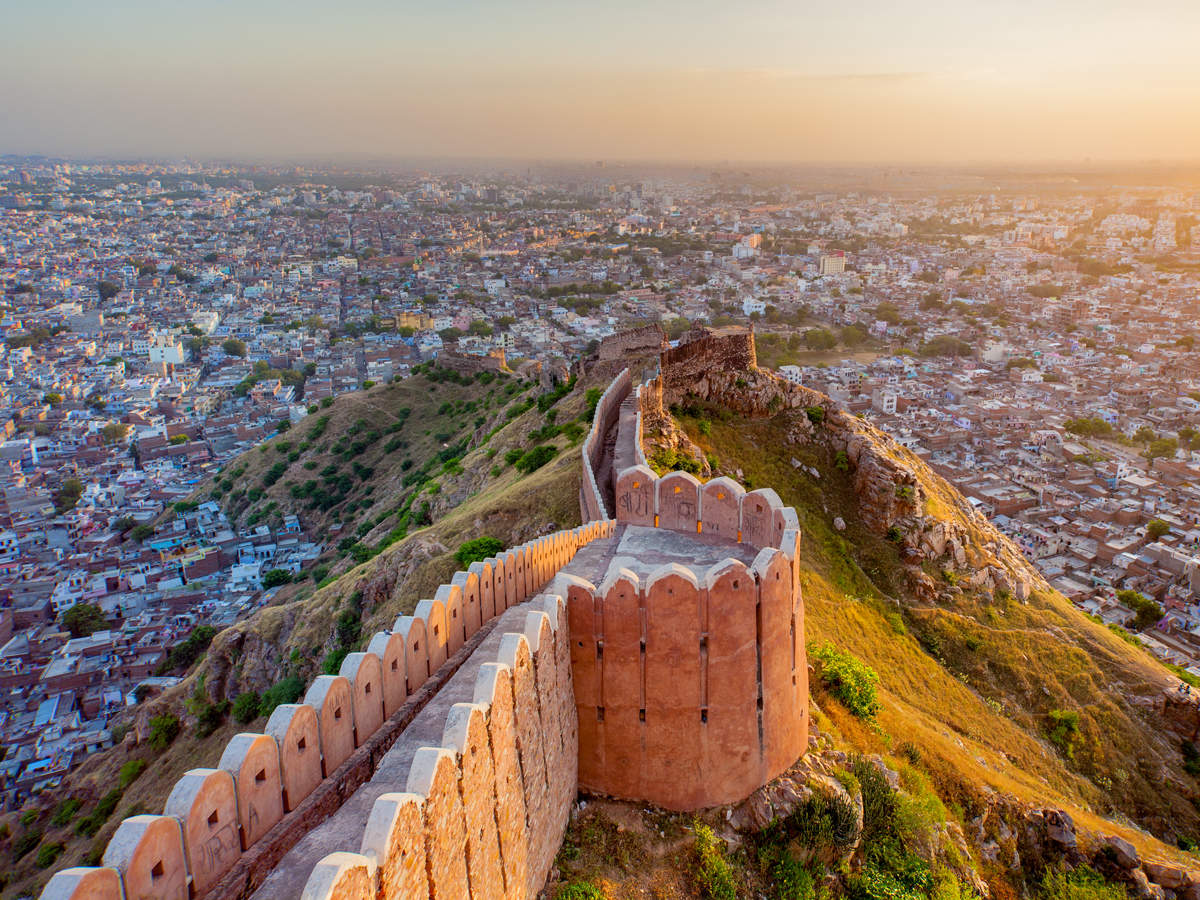 India's golden triangle is a tourist circuit which connects the national capital Delhi, Agra and Jaipur. The Golden Triangle is so called because of the triangular shape formed by the locations of New Delhi, Agra and Rajasthan on a map. The trips usually start in Delhi moving south to the site of TajMahal at Agra, then west, to the desert landscapes of Rajasthan. It is normally possible to do the trip by coach or private journey through most tour operators. The Golden Triangle is now a well traveled route providing a good spectrum of the country's different landscapes. The circuit is about 720 km by road. Each leg is about 4 to 6 hours of drive. The Shatabdi express train also connects Delhi with Agra and Jaipur.

Day 01: Arrive Delhi
Arrive in Delhi, after traditional 'Swagat' (Welcome) our representative would assist you at airport & escort you’re to hotel for check in.Overnight stay at Hotel

Delhi is a bustling metropolis, which successfully combines in its folds the ancient with modern. Its strategic location was the prime reasons why successive dynasties chose it as their seat of power. In fact, more mythological cities are believed to be here, like the city of Indraprastha from the Hindu epic Mahabharata, founded around 5000 BC. Numerous monuments were built over several centuries by different rulers like Qutub-ud-din Aibek, AlauddinKhilji, Tughlaks, Humayun& Shah Jahan, who built the Walled City Shah Jahanabad.

Later in first half of 20th century much of New Delhi was planned by Sir Edwin Lutyens, who laid out a grandiose central administrative area as a testament to British rule in India. The division in walled city & New Delhi also marks the division in life styles.

Day 02: Delhi - Jaipur (262 Kms /05 Hrs.)
Today we drive to Jaipur, popularly known as Pink City, the flamboyant & colourful capital of Rajasthan. With its rich & colourful past, resplendent with tales of valour & bravery, it is now one of the most important heritage cities in India. The city was founded in the year 1728 by Maharaja Sawai Jai Singh II, the ruler of Amber. It remains the only city in the world symbolizing the nine divisions of the universe, through nine rectangular sectors.Overnight stay at Hotel

Day 03: Jaipur Sightseeing
Today we take an excursion to Amber Fort, the palace complex which stands to this date was commenced under the reign of Raja Man Singh. We take an Elephant ride to reach the Fort situated on the hill, an overwhelming experience.

Later we visit the City Palace, a perfect blend of Rajasthani & Mughal architecture. The center of the palace is a seven-storied building called Chandra Palace, with fine views over the gardens & the city. Further we visit Jantar Mantar (Solar Observatory), an astronomical treasure house, with solar devices that give accurate predictions till date. We now visit Hawa Mahal (Palace of Winds), a five-storied structure of pink sandstone. It was built in the year 1799 so that veiled royal women could peer down the busy street market unseen by the world through its 593 stone Jharokas (mini windows).Overnight stay at Hotel

Optional Tour - ChokhiDhani
An evening excursion to ChokhiDhani complex, ethnic village resort located at a distance of 15 km from Jaipur. Rajasthani village atmosphere is recreated on the sprawling ground & includes the entertainment by folk dancers & musicians.

Day 04: Jaipur - Agra ViaFatehpurSikri (260 Kms /06 Hrs.)
Today we drive to Agra, en route we will visit Fatehpur Sikri (Ghost Capital), the political capital of India's Mughal Empire under Akbar's reign, from the year 1571 until 1585, when it was abandoned, ostensibly due to lack of water. We visit Emperor Akbar's Residential complex, Mosque & Tomb of Salim Chisti.

Further we continue our drive to Agra, beautifully situated on the banks of river Yamuna. It achieved prominence as the capital of the Mughal Emperors from 1526 to 1628, remains major tourist destination because of its many splendid Mughal-era monuments, most notably the Taj Mahal, Agra Fort & Fatehpur Sikri, all three are UNESCO World Heritage sites.Overnight stay at Hotel

Day 05: Agra - Delhi (220 Kms / 05 Hrs.)
Today we visit Taj Mahal, symbol of eternal love, which stands on the banks of River Yamuna. It was built by the 5th Mughal emperor, Shah Jehan in the year 1631 in memory of his wife, Mumtaz Mahal. It was completed in 22 years. Further we visit Agra Fort, taken over from the Lodhis by the Mughal Emperor Akbar in the late 16th century. The Fort can be more accurately described as a walled palatial city. It was built from red sandstone, often inlaid with white marble & intricate decorations. We will also visit Sikandara, Akbar's tomb. His son Jahangir completed the construction of the tomb in the year 1613.

Later we drive to Delhi & proceed for short tour of Delhi visiting Raj Ghat, memorial to the Father of the Nation, Mahatma Gandhi. It is a simple black marble platform that marks the spot of his cremation on 31 January 1948. Further we drive past India Gate, memorial built in the year 1931 to commemorate the Indian soldiers who died in the World War I & the Afghan Wars. The names of the soldiers who died in these wars are inscribed on the walls. President's House, the official residence of the President of India, built in the year 1931. Until 1950 it was known as Viceroy's House & served as the residence of the Governor-General of British India.

Transfer to the international airport / railway station for onward journey. Thanks you for your patronage and looks forward to serving you again in the near future